Today’s guest post is from Erica Cowan, ND all about mucus!

Do you wake up congested?

You are not alone! It may be common but it is not ideal. For those of you with chronic mucus build up, you don’t have to live this way forever and there are ways to rid yourself of this sticky buildup in your body.

Most membranes of the body produce mucus of some form or another. Mucus is a general term for a mucilaginous, slimy, slightly sticky substances produced by the membranes in your body. You are probably most familiar with mucus in the form that drips from your nasal passages when you become sick with an upper respiratory infection.

Our mucus membranes are found in most places where the outside world meets the inside world of the body including the eyes, nose, sinuses, lungs and colon to name a few. Mucus has an important protective function and prevents the absorption of potentially pathogenic things such as dust, chemicals, bacteria or other various toxins that we inspire or ingest from the outside world.

Mucus serves an important function when we are sick as well; we sometimes produce more mucus in the branches of the lungs in times of sickness so that we can better expectorate and cough up the remnants of dead white blood cells and excess materials produced during our sickness.

Sometimes, when we eat foods that we are sensitive to, or ingest substances that irritate the lining of the gut such as stimulating laxatives, we produce mucus to protect the lining of the gut from these irritating and potentially harmful substances. When the body produces mucus, there is a reason and purpose for its existence.

If mucus performs an important functions, then what’s the problem?

Try breathing through your nose with a case of chronic sinusitis, and you quickly realize the difficulty. For those who have asthma, the irritated and constricted bronchioles in the lungs produce mucus in response to the stimulus (smoke, cats, dust, bee sting protein…) and quickly it becomes difficult to breathe.

For those individuals with food sensitivities, or celiac disease, often the lining of the gut is so full of mucus that if left untreated, leads to severe nutrient deficiencies.

The truth is, mucus is important and functional in acute conditions, but in chronic conditions, and in excess, mucus becomes a chronic barrier standing between you and the vital substances you need from the outside world. Chronic mucus, waking up with nasal congestion, coughing up balls of mucus, or constantly seeing mucus in your stools for over a period of a couple weeks is an indication that something is wrong, and changes need to be made.

In traditional Chinese medicine (TCM) theory, mucus can also be considered in terms of “phlegm” and “dampness.” In TCM theory, there are pathologies such as “phlegm misting the mind,” or “phlegm disturbing the heart.”

This is an interesting interpretation of mucus’s affect on the body, because taken a step further than your physiology text book, it implies that chronic phlegm and mucus accumulations can affect the functions of the mind as well. The absorption of information from the outside world and assimilation of mental stimuli are impeded in the brain the same way that mucus might interfere with the absorption and assimilation of foods in the gut. This is one example of how TCM theory brilliantly broadens our understanding of mind body health.

If you feel you have chronic mucus, phlegm or dampness accumulating in the body, try thinking about what might be causing this accumulation. Perhaps the culprits are obvious such as smoking or cat allergies. You could consider eliminating the cause! You may want assistance with this process, or you may not need it. Awareness of the problem is often enough to remedy it.

Sometimes the problems are a little more hidden. Celiac disease, food sensitivities and heavy metal toxicity, for example, often produce an array of symptoms that can be challenging to work through without the help of a naturopath or similar form of practitioner. There are many herbs, teas, tinctures, foods, homeopathic and lifestyle factors that can help eliminate this sticky substance from your life when you find it’s no longer helping you. 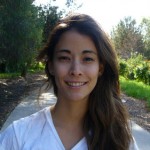