Today’s guest post is from Jacob Schor, ND all about the power of blueberries!

The recent publication of Riso et al’s results in the June issue of the European Journal of Nutrition has left me ruminating on the impact geography plays into our choice of “medicinal foods.”

This study measured the impact of blueberries on a series of biomarkers of oxidative stress. It was a textbook perfect randomized placebo controlled trial with crossover. Eighteen middleaged males (mean age 48 years) drank a smoothie made from freeze-dried wild blueberry powder twice a day for 6 weeks. The drink contained 375 mg of blueberry anthocyanins, equal to about a cup of blueberries. While a long list of biomarkers were evaluated in the participants blood, most did not change significantly. There were two significant changes. Drinking wild blueberry smoothies significantly reduced the levels of endogenously oxidized DNA bases (from 12.5 to 9.6 p ≤ 0.01) and the levels of H(2)O(2)-induced DNA damage (from 45.8 to 37.2 p ≤ 0.01). No effect was found after the placebo drink.

This is interesting to some people. It adds additional weight to the evidence that blueberries are exceptionally healthy foods to eat. We knew this already.

What I’m finding interesting is where this research was done. The lead author, Patrizia Riso and colleagues are from the Department of Food, Environmental and Nutritional Sciences, Università degli Studi di Milano, in Milan, Italy. [1]

Pardon me if I sound politically incorrect, but what are Italians doing studying wild blueberries?

Blueberries are native to North America. Italy has a grand total of only 680 acres of blueberries planted as of 2010.

Perhaps this explains why Riso et al gave their study participants blueberry powder.  Fresh blueberries may have been too hard to find.  Certainly it would be hard to find real wild blueberries of the sort one collects in mountain meadows in direct competition with hungry bears.

Wondering about these Italian blueberries prompts me to look at the other randomized clinical trials using blueberries.

There is the Wilms’ study published back in August 2007. In that study, 168 volunteers drank a daily glass of blueberry/apple juice for a month. The researchers found that plasma quercetin, ascorbic acid and trolox equivalent antioxidant capacity (TEAC) were all significantly increased. The researchers also reported a 20% protection (P < 0.01) against ex vivo hydrogen peroxide-provoked oxidative DNA damage.

Where was this research done?  Maastricht University, The Netherlands. [3]

In 2010 there were just 1,180 acres of blueberries growing in the Netherlands.

An October 2010 paper written by Stull et al and published in Nutrition Journal reported that chemicals in blueberries improve insulin sensitivity in obese, insulin-resistant men and women. In this double-blinded randomized controlled trial, fifteen obese volunteers drank smoothies twice a day, each of which contained 22.5 grams of blueberry “bioactives,” while a control group consumed similar smoothies but without the blueberries. Insulin sensitivity improved more in the blueberry group than in the placebo group. The daily dose of “bioactives” consumed by these study participants contained 668 mg of anthocyanins, and was equivalent to approximately ~2 cups of fresh whole blueberries. These researchers were from Baton Rouge, Louisiana. [4]

The entire state of Louisiana has 466 acres of land planted with commercial blueberries. [5]

An April 2010 study done by researchers from the University of Cincinnati reported that nine older adults who drank a daily serving of wild blueberry juice had significant improvements in cognitive function including paired associate learning and word list recall.  They also tended toward a reduction in depressive symptoms. [6] Ohio grows even fewer blueberries than Louisiana, only 378 acres. [7]

This is the research group that specializes in measuring the oxidative impact of strenuous exercise. We’ve written about them in the past.  They did the quercetin and bicycle racing studies. In this study they examined the impact of eating 250 gram of blueberries per day for 6 week and then eating a larger dose, 375 grams, an hour before a long hard run (2.5 hours at 72% maximal oxygen consumption). Twenty-five well-trained athletes took part in the study. Compared to a control group who went through the run, the blueberry group had increased natural killer NK counts. Even a single dose of blueberries eaten just before the run, reduces oxidative stress and increases anti-inflammatory cytokines. [9]

North Carolina, finally a state that produces blueberries. They produce almost 12% of the US annual blueberry crop and average about 6,000 acres planted in blueberries each year. [10] Notice that this study used real blueberries.

Given the number and variety of benefits seen in these studies, not to mention the numerous studies done in animals, there seems to be little doubt that blueberries are good for us.

What I find confusing is why the research on blueberries isn’t coming from the state universities in regions known for their blueberries, in particular Maine, Michigan, New Jersey?

This year’s wild blueberry crop in Maine is predicted to be the largest in history.  Maine has over 60,000 acres of wild blueberries that are managed for picking. [11,12]

I can’t help but think that scientists fall prey to the same sort of attraction to novelty as the rest of us.  Americans now purchase anything that claims to contain Acai berry.  Marketers find a willing audience when they sell exotic fruit juices from Hawaii or Thailand, juices that taste horrible but are still consumed for their health benefits.  Is it any wonder that the Italians and Dutch are fascinated with blueberries? 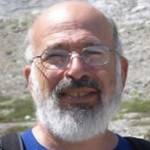