Today’s guest post is a guide to homeopathy by Helena Ovens, ND

Homeopathic Medicine originated just over 200 years ago. Dr. Samuel Hahnemann, a German Physician, refused to practice the medicine of his time; namely, bloodletting and mercury (or arsenic) poisoning. At that time in Europe, malaria was a major killer. The Doctors were using the bark of the Cinchona Tree to treat malaria, which has a series of recurring symptoms; namely, first you get a chill, then a fever, then you break into a sweat, then you are exhausted, then you get a chill, then a fever, break out into a sweat, etc. These four symptoms happen again and again.

Dr. Hahnemann asked over and over again, WHY did this medicine seem to help the symptoms of this disease? No one could answer him, so being the SCIENTIST that he was, he decided to take a dose of the medicine to see what would happen. And shortly after taking the medicine in “overdose” (i.e., more than would be recommended for general treatment), he got a chill, then a fever, then broke out into a sweat, then was exhausted.

THUS, we have the very FIRST PROVING in Homeopathy. The definition of proving: The procedure of giving doses of a substance to healthy subjects in order to find what it causes in overdose and thus what it has the capacity to cure when given to ill people in potentized dose. (Potentized means made into a Homeopathic Remedy … see below).

Hahnemann wrote an instruction book for Homeopathy called the Organon. The major Principles of Homeopathy are as follows;

How homeopathic remedies are made

Although we do NOT know the mechanism by which a Homeopathic Medicine works, there are numerous drugs where the mechanism is also unknown, and only by doing a series of CLINICAL TRIALS do we come to understand both the positive and negative symptoms and side-effects associated with such allopathic drugs.

HOMEOPATHIC MEDICINE IS SAFE, relatively inexpensive and there are minimal to no side-effects. All the remedies have been proven on HUMANS, and confirmed through many years of Clinical experience.

And FINALLY, I have my own story to tell.

In December, 1992, just after I graduated from Naturopathic School, my Optometrist discovered that I had the first stage of Macular Degeneration. I had the pathology associated with the disease (i.e., drusen bodies which manifest as a discharge at the bad of the eye). I went for a second opinion, and this was confirmed by Ophthalmologist, Dr. Hans Hausler. Yes, I had the first stages of Macular Degeneration, and I also had 20/20 vision at that time. Macular Degeneration runs in my family. I had an Uncle and Aunt diagnosed with the disease, both became legally blind from the disease and I have a nephew who has Retinitis Pigmentosa, who is also legally blind. Being the Naturopath that I was, and after being told that there was NO CURE, and that the best that I could hope for was that the disease would not progress, I decided to go to my teacher for monthly constitutional homeopathic prescribing in May, 1993.

My Optometrist wanted to see me every six months to follow the progression of the disease. I went back to him in September, 1993, and my condition was stable (i.e., had not progressed). The following March, 1994, I went to another Ophthalmologist who had originally been recommended by my Optometrist. He didn’t see Macular Degeneration, he saw blepharitis, and I dismissed him because this disease had already been diagnosed twice. I continued to receive Homeopathic care. The following September (1994), I went back to my Optometrist and he looked in my eyes and said, “It’s gone. Whatever you’ve been doing, just keep doing it”.

This is a disease for which there is no cure and no treatment which will do more than stabilize the condition. When discussing this with my teacher, Dr. Andre Saine, he stated that the Homeopathic Physicians of the 1800s regularly cured Macular Degeneration.

And so I have come to know on a personal level, that if you catch something in the first stage (inflammatory stage), most diseases that are “untreatable’ can be cured.

The definition of CURE is important. It is not simply removing (either through drug or surgical intervention) the symptom. CURE means the recovery of health with a normalization in the abnormal level of SUSCEPTIBILITY whether it is acquired or inherited. When susceptibility is normalized, recovery is quick and the imbalance is corrected. Removing susceptibility to a disease means NEVER having it again. Cure is more than just symptom removal. Cure is permanent.

This is not the first time that Homeopathy has been threatened (by people who are threatened by its success and potential for healing). The Flexnor Report in the early 1900s stated that the future of medicine lay in biomedical researched based on the Germ Theory as proposed by Louis Pasteur; i.e., kill the bug, eradicate the disease. If this theory is correct, and an infected person walks through a room of 100 people and gives each one equal exposure to the virus, then all 100 people should get the disease. But as we know, maybe 5% to 10% will become ill and the rest will not. So in actuality, it is the “terrain” or to put it in more modern terms, the strength of the immune system and the overall health of the individual (mental, emotional, physical and spiritual) which allows a pathogen to enter and causes a “dis-ease”. So much for the Germ Theory. And I do believe that Louis Pasteur recanted on his deathbed and said it was in fact the terrain that was the most important factor with respect to the maintenance of good health. Again, terrain being the inner state of health of the individual.

And so I say to you from my experience, both as a practitioner and as a patient, that there are many individual cures for incurable diseases. 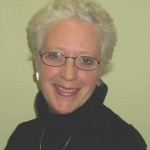 My name is Helena Ovens and I am a registered Doctor of Naturopathy (since 1992) in the Province of Ontario, and a Homeopathic Specialist (graduate of the Canadian Academy of Homeopathy, 1995). I received the award for Excellence in Clinical Nutrition upon my graduation from the College. I first entered the Alternative Field in 1975 when I went to work (for 2-1/2 years) with severely emotionally disturbed children in a residential setting. Since 1978, I have personally explored numerous alternative methods of healing. I became a Shiatsu Therapist, Reflexologist and Iridologist. I also studied Clinical Nutrition, numerous detoxification protocols, Western Botanical Medicine, Trager, Esalen Massage, Bach Flower Remedies and finally, Homeopathy, which eventually became my specialty. I am also a Certified Bowen Health Therapist.

I have been teaching Homeopathic First Aid & Acute Prescribing for over 15 years… It’s a 30 hour course designed to educate alternative practitioners and the general public on what Homeopathy can do. My students, who previously have had very little or no knowledge of Homeopathy, are better educated than the “so-called” experts who are currently trying desperately to discredit Homeopathy by attempting to take an overdose of the medicine as they sit patiently waiting outside the Emergency Ward at their local Hospital. “It does nothing”, they exclaim. My response? Taking 1 pill or 100 pills at one time is only taking 1 dose of the medicine. Taking 1 pill at 100 different times is taking 100 doses.

5 Responses to Healing with homeopathy