How many people think about the benefits of sex before they jump into the sack? Chances are, you don’t.  Believe it or not, sex does more than just satisfy; it boosts your immune system, facilitates weight loss and even protects against cancer.  I can easily give you 10 good reasons why you should maintain a healthy sex life.

Yup, you heard me! Sex helps to prevent cold’s and flu’s by  increasing the production of IgA, an antibody known to fight off infections.  Don’t get too excited though, studies found that the optimal number of times a couple should engage in sexual intercourse is 1-2x/week.  Sex also increases body temperature creating a suboptimal environment for bacteria and viruses to survive and propagate.  Yay to free natural treatments to preventing cold’s and flu’s!

3. Sex can be slimming

Did you know that 35 minutes of sex burns an average of 85 calories? Sex is also one form of exercise that can include both cardiovascular and strength training! Physical activity, especially endurance training, increases Basal Metabolic Rate (BMR) – the amount of calories your body burns at rest.  It is an extra form of physical activity you can incorporate into your weight wellness program.

Being a form of physical activity, sex helps to increase blood and lymphatic circulation throughout the body.  It helps to exercise the heart muscle. Researchers found that engaging in sexual intercourse 2x +/week reduced the risk of fatal heart attack by 50% for men.

According to sex therapists, one of the reasons people have sex is to improve their self-esteem.  One therapist found that people who already have a healthy self-esteem feel even better when engaging in regular sex with their partner.  Great sex begins with self-esteem; if the sex is genuine, loving and with someone you feel connected with, a persons’ self-esteem will be further enhanced.

The act of sex causes the release of a hormone called oxytocin.  This naturally occurring chemical has been notoriously called “the love hormone” because it helps a person bond and build trust (it’s true – there are studies that prove this!!).  The more physical contact a person has with another individual, the greater the level of oxytocin.

Oxytocin is not the only chemical released during sex; intercourse results in the release of another substance: endorphins (refer to point 1!).  Recall: Endorphins work to reduce pain while simultaneously improving mood.

Frequent ejaculation (5+/week) during a male’s mid-20′s has been correlated with a reduced risk of developing hormone-related cancers such as prostate cancer.  Who would have known, right?

Don’t know what a kegal exercise is?!? TRY THIS: tighten the muscles of your pelvic floor as though you are trying to stop the flow of urine.  Count to 3 and release.

Remember our friend oxytocin? I forgot to mention that rising oxytocin levels also promote sleep, according to the latest research.  The body requires a minimum of 8 hours sleep per night and good quality sleep is known to also result in healthier food choices, healthier body weight and a reduced incidence of chronic conditions such as high blood pressure.

If you aren’t sold on the benefits of sex and are in a committed relationship, my best piece of advice is this: The proof is in the pudding – try it for yourself! 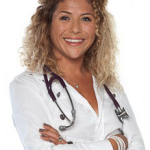