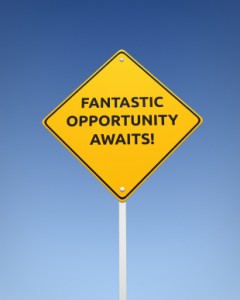 During first year of naturopathic college, I read Power vs. Force by David Hawkins, which focuses on the idea that everything (and everyone) is connected to and therefore a vast collective knowledge is accessible to everyone. The book provides a guide to tapping into it via kinesiologic testing. However, there is also much discussion in this book about the difference between power and force, which I found fascinating.

Force is an attempt to control what cannot be controlled. Power actually arises from within and is not applied to people or things, but instead attracts them or creates them. There are abundant examples of both force and power in the news and our lives every day.

For example, the current issue of whether torture or human rights violations are valid tools of interrogation. In this case, interrogators use force to gain valuable information that belongs to prisoners. The problem with this is that the prisoners, despite having all other rights and powers removed, still retain the power of choice. In this situation, the prisoners actually possess immense power, the power to share information or not, illuminated by the lengths to which interrogators will go to trying to overcome it.

The power of choice

The Secret is both a book and a movie that explains the law of attraction. This law states that we attract what we think about and/or feel. Two lines from the movie are: “thoughts become things” and “feeling creates the future”. Assuming that reality is influenced by our thoughts and feelings, it is important to identify, request, and visualize what we want to happen, rather than dwell on fears, worries, and what we don’t want. To put the law of attraction into practice, we must “ask, believe, and receive”. The Secret works in every arena: financial, intellectual, relational, spiritual, and physical.

The Secret and the law of attraction are all about choice; we choose what we want through our feelings. When we clarify what we want we focus our energy on moving towards it. Choice is the most powerful tool in existence because it is the one power that everyone possesses and that can never be taken away from anyone.

Around the same time I read Atlas Shrugged by Ayn Rand. The major theme of this book is also choice. The prime movers of the world respond to the exploitation of their creative and productive power by choosing to remove themselves from mainstream society. Despite attempts to force them into cooperation, the power of choice cannot be taken away from them and it cannot be overcome.

You can choose to heal

Healing is intimately connected with the power of choice. Despite economic status, state of health, available resources, or intelligence, the law of attraction is a tool accessible to everyone, all the time. We must determine our own destiny, rather than rely on others (doctors, medications, family, friends, job, etc.) for happiness and health. This is not as easy as it sounds. The law of attraction is common sense, really, but actually becoming skilled in its use takes awareness, practice, and consistency. Apart from our outlook, attitude, or self-image, thoughts and feelings also manifest in vocabulary, speech, posture, daydreams, worry, fear, choices, and every other area of life. In order to change these manifestations, we must also become more self aware and practice a new way of being.

The power of acceptance

The corollary of the power of choice is the power of acceptance. While we have unlimited choice to control ourselves, there are many forces in the world that cannot be controlled. In the realm of health, this is especially important because perfect physical health may not be possible in all cases. To achieve true wellness (which may occur even in the presence of physical ailments), we must accept what it. The Serenity Prayer, most associated with Alcoholics Anonymous is just one example of how acceptance is used for healing: “God, grant me the serenity to accept the things I cannot change, courage to change the things I can, and the wisdom to know the difference.”

Health is key to success
Thyroid, iodine, and breast health