I wrote a research paper looking the relationships between thyroid function, breast pathologies, and the role of iodine supplementation. This blog is a summary of what I learned. References are listed at the end and can be found on PubMed. 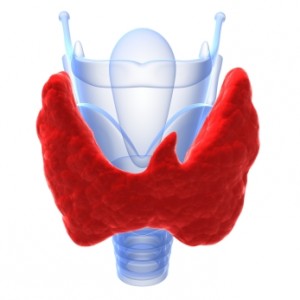 There is an observed correlation between thyroid dysfunction and breast cancer (1,2,3), particularly hypothyroidism (3,4). Decreased function of the thyroid gland and rising TSH are also associated with a doubling in the risk of development of fibrocystic breast disease (5).

Both breast tissue and thyroid tissue concentrate iodine (6) and deficiency of iodine causes “atypical tissue and physiologic changes in both” (7). One researcher noted that “geographic differences in the rates of breast, endometrial, and ovarian cancer appear to be inversely correlated with dietary iodine intake” (8). For example, in Japan seaweed (high in both iodine and selenium) is a major part of the diet and may play a role in the low incidence of both benign and malignant breast disease in that country (9).

A study on rats demonstrated a reduction in breast cancer incidence with iodine treatment (10). With regard to fibrocystic breast disease, randomized, double-blind, placebo-controlled, multicenter clinical trials (the gold-standard of conventional medicine!) have demonstrated that supplementation with iodide/iodine significantly reduced breast pain, tenderness, and nodularity (11,12).

So how does this work? One theory is that iodine deficiency leads to a state of excess estrogen (13), increasing the risk of a whole host of cancers. Iodine is also believed to suppress tumour growth (14), induce tumour cell death (15), and regulate genes that influence hormone metabolism, cell cycle, growth, and differentiation (16). 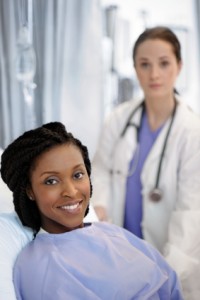 Why is this useful information? Everything in the body is connected, particularly the endocrine system. So, when something is going wrong in one area, like thyroid function, there are likely also going to be issues either immediately or down the road with another area, particularly reproductive organs. The causal mechanisms are not clear yet, but it is prudent to assess breast health when patients present with thyroid dysfunction and vice versa. There is evidence to suggest that iodine is a helpful nutritional treatment for fibrocystic breast disease and it may also be useful in reproductive cancers. Molecular iodine, rather than iodide, was found to be best and have the least adverse effects on the thyroid (12).

There is lots of other interesting information that I was not able to get to, such as a deeper look at the interaction of sex hormones with thyroid function and other influences on hormonal balance, such as sleep. Maybe one day I’ll have time to do more research and I’ll post an update!

The power of choice
Lessons from India