The first line therapy for Irritable Bowel Syndrome (IBS) is diet modification. Most IBS patients have specific food triggers and their symptoms can improve significantly by identifying and removing the offending foods from their diet. A hypo-allergenic elimination diet is recommended with gradual re-introduction of foods to identify any specific triggers.

Probiotics: good bacteria for your gut

Probiotic supplementation has been shown to be helpful in IBS. Intestinal bacterial overgrowth and an alteration in normal intestinal flora may be one contributing cause or mediator of IBS. Lactobacillus and bifidobacteria are two species that have been identified as being particularly helpful to combat this.  Aside from renormalizing the flora, probiotics have also been shown to significantly improve global IBS symptoms and decrease abdominal pain.

Relax with some peppermint oil

Peppermint oil has also been shown to be effective in treating IBS symptoms. Peppermint oil relaxes the tone of the gastrointestinal tract and thus may help address dysfunction in smooth muscle contraction, which may be particularly helpful in regulating bowel function.

A role for serotonin

Finally, several studies have shown a link between IBS and an impairment of serotonin receptors. 5-HTP is a serotonin precursor whose supplementation increases serotonin in the body may be helpful in managing this impairment. A combination of these recommendations generally results in safe and effective management of IBS. 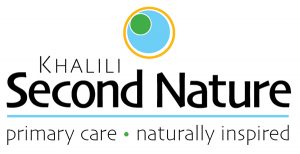