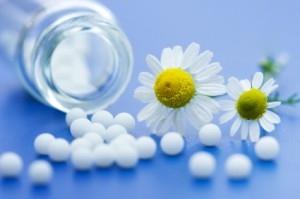 Homeopathy literally means “similar suffering”. It is based on the principle that “like cures like” – that a similar, but stronger, energetic force can displace a weaker one. It was created/discovered by Samuel Hahnemann who observed the relationship between the curative effects and poisoning symptoms of Cinchona (used to treat malaria). His observations were not new; however, he was the first to form these theories into a workable philosophy of medicine.

Homeopathy is energetic, rather than physical. Disease is defined as a mistunement or energetic imbalance of the life force which can be acute (self-limiting) or chronic (ingrained). Most remedies (those at 12C and higher) contain no actual molecules of the remedy substance, but instead carry the energy signature transferred to the solvent (usually alcohol) by the substance as it was sucussed (mixed) and diluted.

Homeopathy treats people, not problems. No two people have the same disease, they only have some (perhaps many) symptoms in common. They may both be diagnosed with MS (for example), but the symptoms of MS are not the whole story because these people are not even close to being identical. It is their differences which form the unique signature of their mistunement. Therefore, the skilled homeopath must examine the physical, mental, emotional, spiritual symptoms to determine correct remedy. And because these will differ, these two MS patients will not receive the same curative remedy.

Homeopathy is difficult and time-consuming because the practitioner must thoroughly understand his or her patient and form a complete picture of the correct remedy. However, a skilled homeopath can also achieve seemingly miraculous results in so-called hopeless cases. However, it comes the closest (in my opinion) to addressing the true cause of disease and treating the whole individual and as such is a very rewarding modality to practice.

Personally, I didn’t believe in homeopathy until I learned about it and proved its efficacy on myself. I don’t believe that it is the answer to all medical woes, but I think it can be a powerful tool in the hands of people who are skilled in its use. I would like to be one of these people.